An Uphill Battle for Sri Lanka: Addressing the Loss and Damage of Climate-Induced Disasters

Kanchana Wickramasinghe and Athula Senaratne
Sri Lanka experienced a notable increase in the frequency and the severity of floods, droughts and landslides in the recent past. Apart from these calamities, torrential rains and extended dry periods were common anomalies in the weather pattern. Although climate change may not be the only cause for these irregularities, it is viewed as one of the main contributors for such disasters, as they are climate related. 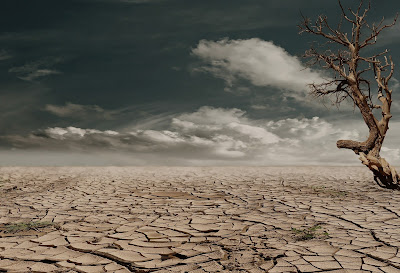 The impacts of climate-induced disasters are broadly considered under three categories: namely; losses, damages, and macroeconomic impacts. Many discussions are currently ongoing at various levels - global, regional, national and sub-national levels - focusing on the aspects of losses and damages, which cannot be addressed by either climate mitigation or climate adaptation. In this sense, losses and damages are considered as ‘residual’ elements of climate change impacts.
Damages refer to the impact of climate-induced disasters on physical assets and property.  Damages could be either total or partial destructions which occur during the disaster.  Destruction of infrastructure is an example of damages due to climate-induced disasters. Losses usually refer to the impact on economic flows, caused by climate-induced disasters. Usually the losses are estimated taking the pre-disaster situation as the basis and they occur for a longer period of time after the disaster.  Reduced income due to the loss of livelihoods is an example of a disaster loss.
Macroeconomic impacts are shocks to the national economy caused by natural disasters.  Depending on the structure of the economy, these affect various macroeconomic variables, such as gross domestic product (GDP), employment, inflation, etc.
International Mechanism
The Warsaw International Mechanism (WIM) for loss and damage associated with climate change impacts was established in the 19th yearly session of the Conference of the Parties (COP) to the United Nations Framework Convention on Climate Change (UNFCCC) COP19 in 2013. The WIM covers both extreme events such as floods, and gradual events such as rising sea levels in developing countries. The WIM has three basic functions.
1.Enhancing knowledge and understanding of comprehensive risk management approaches to address losses and damage associated with the adverse effects of climate change, including slow-onset impacts.
2.Strengthening dialogue, coordination, coherence and synergies among relevant stakeholders.
3.Enhancing action and support, including finance, technology, and capacity-building to address losses and damages associated with the adverse effects of climate change.
Evolving National Mechanism
Though there is no mechanism in place for loss and damage assessments in Sri Lanka, there have been attempts to carry out such assessments of recent disasters. A loss and damage assessment was recently carried out by the Ministry of Disaster Management and Ministry of National Policies and Economic Affairs, through the Post Disaster Needs Assessment (PDNA), for the floods and landslides which ravaged across 24 districts in Sri Lanka in May this year. The assessment included social, productive, infrastructure and other sectors. The total estimated damages amounted to Rs. 87 billion and the losses were over Rs. 12.8 billion.
Loss and damage is identified as an important area under Nationally Determined Contributions (NDCs) submitted by Sri Lanka to the United Nations Framework Convention on Climate Change (UNFCCC). The NDCs related to loss and damage show the importance of improving forecasting abilities, assessing loss and damage of climate-induced disasters, establishing a local mechanism in line with the WIM, strengthening the existing national mechanism to recover the loss and damage, and introducing possible insurance schemes to recover the loss and damage.
In the case of Sri Lanka, the issues related to climate-induced losses and damages are undertaken by two lines of agencies representing disaster risk reduction and climate adaptation. Disaster risk reduction aspects are the mandate of the Ministry of Disaster Management and Disaster Management Centre. The Climate Change Secretariat, under the purview of the Ministry of Mahaweli Development and Environment, serves as the focal point for implementing climate adaptation activities in the country.
Way Forward
Climate-induced losses and damages should receive policy attention, taking into account the increasing intensity and frequency of floods and droughts, landslides, following heavy rains in the recent past. The WIM aims at providing resources including finances for facing the losses and damages. However, such assistance will not be available in the near future, as it takes time to come to a consensus. Therefore, from the national perspective, it is vital to strengthen the adaptation strategies of Sri Lanka to avoid severe losses and damages from climate-induced disasters. As the NDCs highlight, effective early warning systems can be highly useful in reducing the loss of lives. Further, improved implementation of the adaptation strategies and actions would reduce damages during the disasters and losses after the disasters.
(Kanchana Wickramasinghe is a Research Economist and Athula Senaratne is a Research Fellow at the Institute of Policy Studies of Sri Lanka (IPS).
Labels: Disaster, Climate Disaster, Disaster Risk Management,
at 12:52:00