Yield Vs. Cost: The Difference between Organic and Inorganic Farming in Sri Lanka 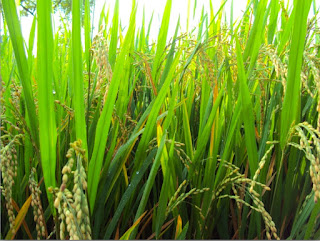 Chemical based paddy farming is geared towards achieving higher yields with new improved rice varieties and new farming techniques. Therefore, the popular argument against the adoption of organic paddy farming is that it does not generate enough yields and that might constrain the supply of rice for Sri Lankans. However, a majority of organic farmers defend their efforts guaranteeing same yields as chemical based paddy farmers. (Organic farming also provides additional benefits, mainly Ecosystem Goods and Services). If there is no difference in the yield, the question raises as to “why farmers do not adopt organic farming?”. Perhaps, it may be the case that it is not about the yield that farmers are concerned, but about the cost that they incur in the production process.

In order to understand this situation further, the Institute of Policy Studies of Sri Lanka (IPS) initiated a research project covering more than 600 paddy farmers in the Galle, Matara, Kandy, Matale, Gampaha and Colombo districts. The research was funded by the South Asian Network for Development and Environment Economics (SANDEE). The research adopts a mixed method approach and aims to provide policy insights to better understand the opportunity costs associated with paddy farming in Sri Lanka. This article is based on some initial findings of the farmer survey and will be a starting point of further analysis.

Are the Findings Compatible with Popular Beliefs?

However, further information suggests that a majority of organic farmers are cultivating varieties that are proven to be high yielding. In addition, they have adopted cultivation methods claimed to be associated with astronomy and auspicious times. Whether these practices are significantly affecting the yield or not is yet to be proven. It is also a subject beyond the scope of this research. However, it is clear that organic farmers are using varieties that are high yielding and their farming practices are complementing the high yields. The average seed paddy requirement in organic farming (41.4kg/acre) is lower than inorganic farming (44kg/acre). Focus Group Discussions (FGDs) proved this information where farmers confirmed the seed paddy requirement is low for organic paddy farming. However, in statistical terms, there is no significant difference in seed paddy requirement in organic and inorganic farming.

It is important to understand the full structure of the profits to determine which farming method is profitable than the other. The estimation of the input demand functions will allow in estimating the opportunity cost of supply associated with organic farming compared to inorganic farming. This is the next step of this study.


However, this preliminary analysis provides some valuable insights. First of all, it is important to remember that the data collection was done in year 2015 where the fertilizer subsidy was in full effect. The chemical fertilizers were subsidized 90% which is a considerable cost saving component for inorganic farmers. In addition to paying for organic fertilizer or employing labour in preparation, the FGDs suggest that organic farmers had to incur many transaction costs such as transportation, in securing required organic fertilizer. Secondly, most organic farmers were not commercial oriented compared to inorganic farmers, meaning that they sold less of what they produce. Therefore, even though they were offered a higher price at the market place, finding a market was not an easy task. FGDs confirmed that the opportunity cost of finding a market place for organic farmers is higher compared to inorganic farmers. This increases the unintended transaction costs such as storage and transportation. Thirdly, cost of machinery for organic farmers is quite high compared to inorganic farmers. For example, as suggested by the FGDs, some organic paddy lands are muddy. Therefore, the average time a tractor spends on ploughing the land is higher thus increasing the cost of land preparation.  These insights justify the starting point of this article, that it is not about the yield, but it is about the costs that the farmers are concerned when making the decision.

The writer, Chatura Rodrigo is a Research Economist at the Institute of Policy Studies of Sri Lanka (IPS).